Coping With A Diagnosis of Dementia 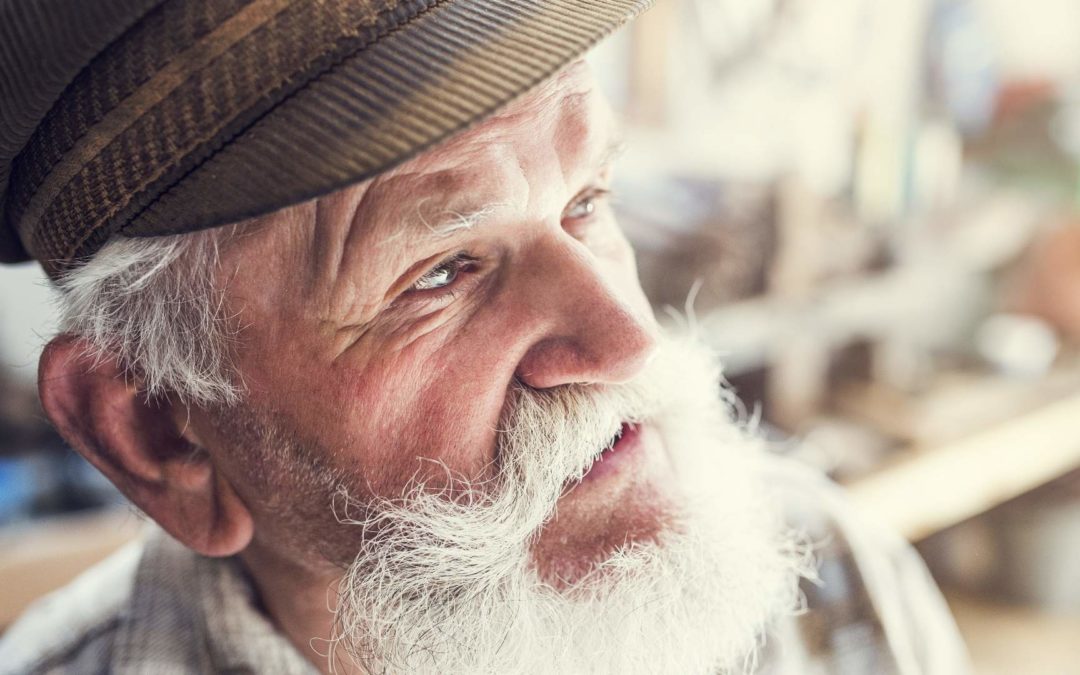 Contrary to what you may think, dementia isn’t a disease.  It’s a set of symptoms that affect memory, social skills, and thinking, enough to impact daily life.  Many people think memory loss is one of the major symptoms of dementia.  While it’s true that memory loss is a factor, it’s only one piece of a complicated puzzle.  And, just because you’re becoming more forgetful, doesn’t mean you actually have dementia.  Some memory loss is an inevitable result of the aging process for everyone.

What Are The Symptoms?

In dementia, there are cognitive (thinking) changes, as well as psychological (behavioral) changes.  Generally, a diagnosis of dementia isn’t made without symptoms from both the thinking and behavioral realms.

Some symptoms of the cognitive changes that are commonly seen in dementia are:

Some symptoms of the psychological changes that are commonly seen in dementia are:

In the early stages of dementia, the symptoms may be gradual.  They may be noticed more by family and friends.  Early diagnosis is important, since some types of dementia can be caused by medical conditions which when treated, can reverse the dementia.  Other types of dementia, like Alzheimer’s Disease, are progressive.  Some medications are available that can slow the progression, but there is no cure.  It’s also important to be diagnosed in the early stages so you can participate in decisions and plans for the future, and make your wishes known to your family and doctors.

The root cause of dementia is damage to the nerve cells in the brain.  The damage can be in different areas of the brain, which explains the wide range of symptoms.  It affects each person differently, depending on which areas of the brain are damaged.  Some forms of dementia caused by a medical problem like an infection, will go away when the infection is treated.  Thyroid conditions, endocrine conditions, dehydration and even a medication reaction can cause a temporary dementia until the underlying cause is addressed and treated.

Other types of dementia are caused by the damage done by a stroke, when blood flow is stopped or restricted to some areas of the brain. High blood pressure, and previous strokes or heart attacks increase the likelihood of developing vascular dementia.  Plaque and tangles of protein are thought to be one cause of Alzheimer’s Disease, but it also appears there may be a genetic component as well.

Vascular dementia and Alzheimer’s are progressive, meaning they steadily get worse over the course of time. Lewy Body dementia is another common form, with alternating confusion and lucidity, as well as tremors, rigidity, hallucinations, and sleep disorders.  Dementia can also be caused by a brain injury, even one many years in the past.

What Can I Do To Prevent It?

There are many risk factors for dementia that you can control, and others that you simply can’t.  Age and genetic family history are out of your control.  But, they don’t automatically mean you’ll develop dementia.  There are multiple risk factors that you can influence, giving yourself better odds.

What Do I Need To Know If I’ve Been Diagnosed With Dementia?

It’s a frightening diagnosis.  Losing the ability to function independently and having to rely on others to meet your basic needs is not something anyone wants to contemplate. There are some medications that may slow the progression of the disease.  But, you and your family and loved ones need to be aware that the changes in your brain will inevitably lead you to become confused and disoriented.  Memory loss may lead you to not eat properly, and neglect hygiene. You may have difficulty communicating and doing ordinary tasks, as well as having hallucinations and difficulty sleeping.  You may not be able to make decisions, and your judgment may be seriously impaired, to the point where cooking and driving become dangerous.  The time to plan for these challenges is before they happen, while you’re still able to make decisions and really think about what you want, and whether or not your family will be in a position to honor your wishes.  If your spouse is elderly and suffering from his or her own medical conditions, remaining in your own home with your spouse as your primary caregiver may not be an option.  Explore assisted living facilities that specialize in dementia care, and find one that has caring, competent staff and takes safety and security precautions to keep you from dangerous situations. You should also make a living will, specifying what types of care you do or do not want.  In the advanced stages of dementia, you won’t be deemed capable of making your own medical decisions, so it’s best to spell it out before it may become necessary.

Most of all, communicate with family and friends.  Tell them how much they mean to you.  Write down your memories in a journal or diary, and re-read them from time to time to try and keep them active in your mind.  As your symptoms progress, you’ll be less and less aware of the changes in your personality and daily activities will become more difficult.  Having planned in advance will make it much easier for your family to cope with their own grief and depression, knowing that you made decisions about your care and treatment with great thought.

There’s no way to sugar-coat it.  If you are diagnosed with dementia, much of what makes you, you, is going to change.  Your best option is to address it head on, get the medical care you need, and formulate a plan that ensures you’ll be well-cared-for in the future.